COVID-19 has brought this world to its knees,despite of large progress within the scientific realm. Since March 2020, our fast- paced lives has come to an unexpected halt. With the results of the virus still growing deadly , the world is experiencing an uncommon lifestyle- far from offices, colleges and friends;all being locked at home. This virus has affected everybody regardless of their social and financial status. Never has humanity faced such tough times together.

How has this affected us emotionally ? What are the challenges that we have to face currently ?

Confinement to the house and psychological distress due to the coronavirus disease (COVID-19) pandemic could result in harmful health behaviors, like hyper reactive, unruly behavior with reduced physical activity, a lot of alcohol and tobacco use and exaggerated screen time causing impaired sleep. All of those behaviours are related to non-communicable diseases and might interfere with immunity.
While no foods, single nutrients or dietary supplements are capable of preventing infection with COVID-19, a diet containing decent amounts of macronutrients and various micronutrients may be good on the immune system. Most serious factors of COVID-19, high-energy Western diets and obesity risking major effects on the body.
Therefore, it is important to have preventive steps like population-wide weight management, reduction in smoking rates and restriction of alcohol intake. Additionally, for adequate immune, decent restorative sleep is needed.

Reasonable changes in the lifestyle with respect to diet, exercise, sleep, smoking and alcohol intake will facilitate shift the distribution of infection risk among the population and facilitate stop severe COVID-19 disease . Large-scale surveys will investigate the influence of knowledge and supply people and communities with correct mode information and victorious interventions throughout the pandemic has become a necessity.

Good health is the key to human happiness and well-being that contributes considerably to prosperity and wealth and even economic progress, as healthy populations area unit a lot of productive, save more and live longer.
For a healthy life cycle, you will need a healthy and diet, hygiene habits, having a clean shelter and enough sleep.
In addition, you may ought to participate in physical activities, weight management, and stress relief activities.

There is a relationship between your diet, physical activity, and health. Your nutrition is the key player once it involves physical, mental, and social well-being. And it is important for preventing this evil virus.
One must always head robust to themselves and their family and should follow all the government rules in admits of this pandemic. One can look after their mental and physical health to make sure we are as physically healthy as we can be. MAJOR FOODS TO AVOID FOR A HEALTHY LIVING

When you’re used to Indian food and it’s always best to have a diet that moderately uses your staple products. Second, many nutritious foods such as whole grains, fresh vegetables, healthy fats, low fat milk and fruits are part of the Indian diet itself. Indian cuisine also uses a number of spices that are not only nutritious but also medicinal in the food.

Turmeric is one such example that helps cure various diseases such as heartburn, diarrhea, gas, bloating, stomach ache, etc. Similarly, cardamom tends to cure certain illnesses as well. An Indian diet also has 70% of vegetables in it, which is a very significant component of the diet.

To keep the body healthy and revitalize the tissues, fresh produce is incredibly vital. Yoghurt is another favorite that helps make Indian food great for diets. Yoghurt is filled with calcium from fermented milk, which protects the body from acquiring extra fat and makes the digestive tract healthy as well.

Bland foods such as soups and salads are part of most Western diets, but Indian foods are rich in flavor and spices and thus small portions satisfy the appetite. Indian foods often have a range of tastes and meals that will help you not get sick of nutritional food.

The best diet chart for weight loss should not consist of foods or drinks that are refined, high in calories or high in sugar. They not only contribute to weight gain, they are bad for the general health and contribute to chronic diseases such as diabetes, heart disease and obesity.
It is strongly recommended to limit or completely avoid the intake of these foods.
Here is the list of foods to avoid while you are on Indian diet plan for weight loss. India’s traditional food has been widely praised for its fabulous use of spices and herbs. India’s share of the world economy is 15 per cent.

Indian cuisine is renowned for its wide choice of dishes. The style of cooking varies from area to region. By having large number of restaurants and hotel resorts for its  multi-cuisine is reminiscent of harmony in diversity.

The use of different spices, herbs and other vegetables, and sometimes fruits grown in India, as well as the widespread practise of vegetarianism in Indian society, are characterised by Indian cuisine. India’s food is best known for its spiciness.

Spices are used generously in food in India, be it North India or South India. But it should not be overlooked that every single spice used in Indian dishes has some nutritional and medicinal properties.

Kashmiri cuisines represent strong Central Asian influences in the north of India, to start with.In Kashmir, most of the dishes are cooked around the main rice course that is abundantly located in the beautiful valley. The ‘Saag’ is another delicious item cooked here, made with a green leafy vegetable known as the ‘Hak’.

On the other hand, however, states such as the Punjab, Haryana and Uttar Pradesh display high consumption of Chapatis as staple foods.

Again, a number of flours such as wheat, rice, maida, besan etc. are prepared with these chapatis. Tandoori, Rumaali and Naan etc., in addition to Chapatis, are other closely related breads baked in these areas. The influence of Mughlai food in the northern region, however, is very evident.

The desert cuisine in western India is renowned for its distinctive taste and food varieties.

The states reflecting the dessert taste of Indian food are Rajasthan and Gujarat. A wide selection of dals and achars (pickles/preserves) is used here, which literally replaces the relative absence of fresh vegetables in these areas.

The Bengali and Assamese types of cooking are visible in eastern India. The yummy combination of rice and fish is the staple food of Bengalis. They have great taste buds for sweet popularly known as the ‘Roshagulla’ .

In the states like Maharashtra, the food is usually a mix of both north as well as south cooking styles.

Along the coastline of Mumbai a wide variety of fishes is available. Dishes such as the Bombay Prawn and Pomfret provide some of the delicious preparations.

One can find Portuguese influence both in the cooking style and in the dishes in Goa, which is further down to the south.

The sweet and sour Vindaloo, duck baffad, sorpotel and egg molie, etc., are some of the main dishes of this region.

The States make great use of herbs, fish and coconuts in Southern India, as most of them have coastal kitchens. The use of tamarind is widely used in Tamil Nadu foods to add soundness to the dishes. The Tamil food simply separates it from other cuisines. 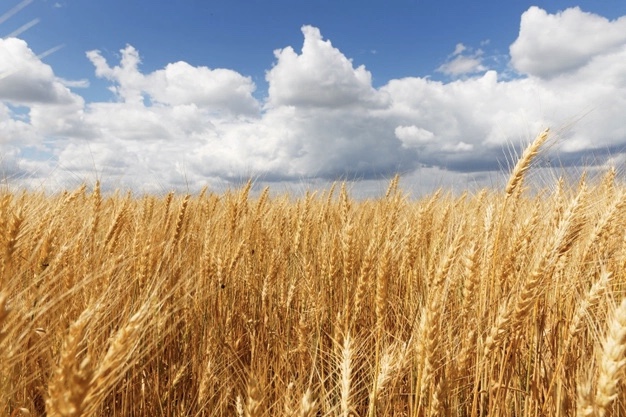 We have been seeing the agro industry growing at a rapid speed that feeds millions of people and accounts for the economy.

In terms of trade value and as a staple in household diets, wheat is a main global commodity. Wheat prices, including climate yields, oil prices, lagging prices, and imports, are affected by many factors. These market drivers are likely to have an impact on world prices and, ultimately, food security, in addition to the gradual and steadily increasing global demand for wheat.

An extensive literature survey on wheat market fundamentals was conducted to investigate how these factors differently affect wheat markets, as well as a trend analysis using a uniquely compiled data set specific to significant wheat-producing areas.
Previous studies show that, among other factors, imports, climate, oil prices, and past prices have a significant relationship with changes in the price of world wheat.
For the time frame from over two decades, this study compiles and compares these same key variables from five major wheat export countries or regions.

Due to increase in resource scarcity and demand for food, there is a tension between natural resources and food production systems that has fuelled interest in analyses that inform stakeholders about the dynamics of the food market.
There is a clear increase in demand for all foodstuffs, with both the world population and the wealth of developing countries increasing, whereas the supply of natural resources is limited or, if renewable, can only be maintained or increased gradually.

Grains are currently the most significant contributor to the global supply of human food. Approximately 21% of the world’s food depends on the annual harvesting of wheat crops, often with relatively low stocks.
Wheat-based foods are consumed majorly in many developing countries, which means that increase in wheat prices will have a noticeable impact on food costs and food safety.
Studies that simultaneously consider the impact on the dynamics of the wheat market of global weather changes, oil prices, and imports are somewhat rare, particularly studies that consider the relationship between precipitation and wheat prices on a global scale in a region.

Such an integrated approach could provide a clearer understanding of the price of long-term wheat, but many studies on this subject consider the impact of only one of these variables at a time. Thus, in an era of climate change, a more integrated approach can help inform our discussion of cross-cutting issues for wheat markets. 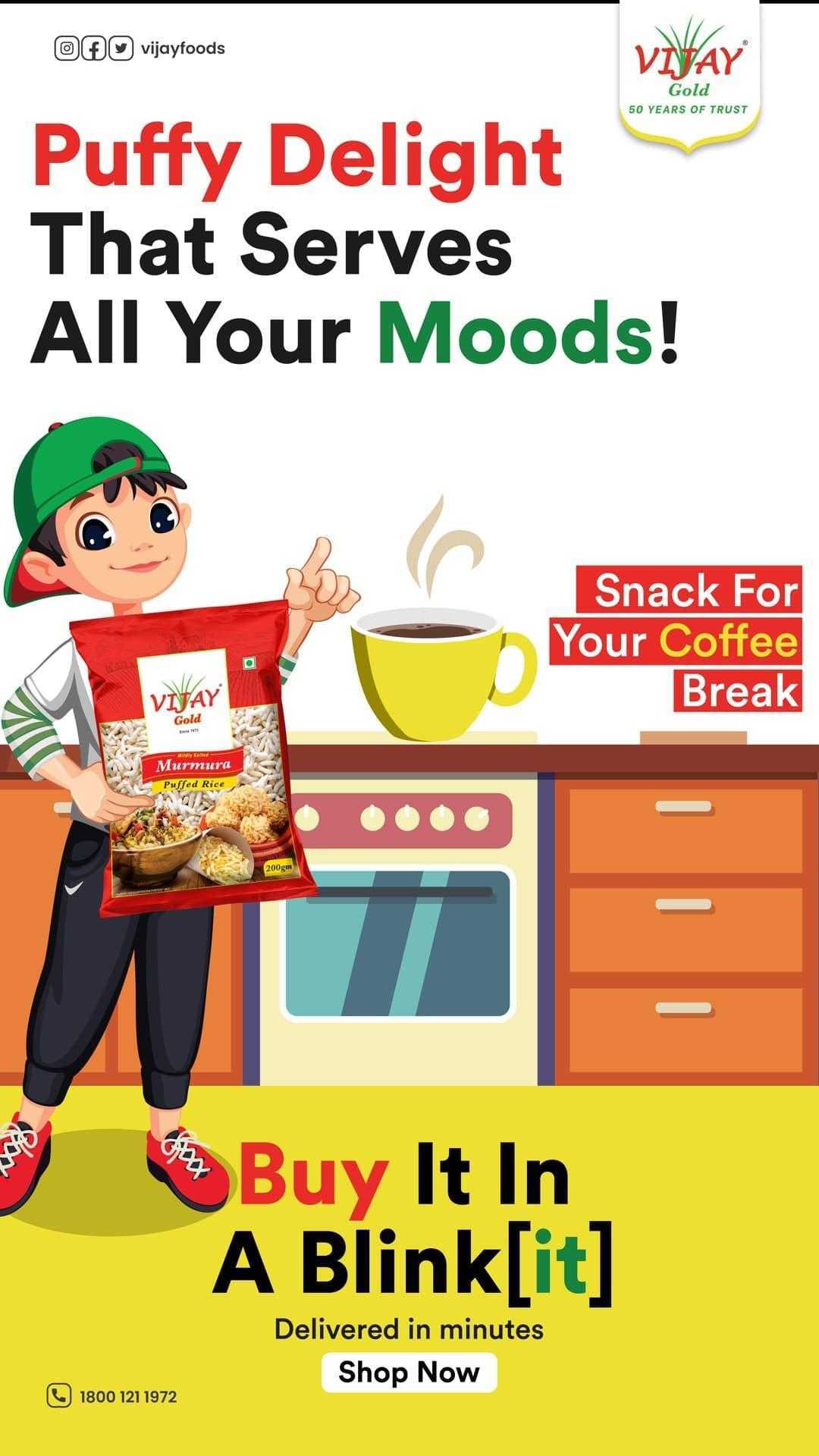